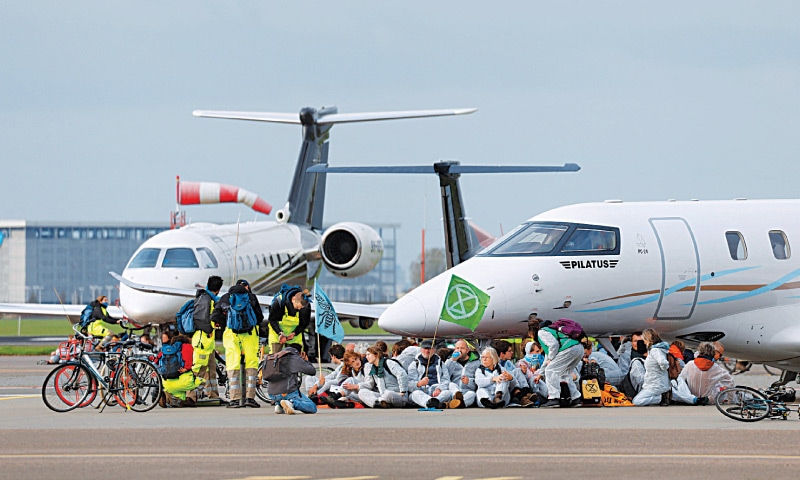 It has been reported that hundreds of climate protestors have blocked the private jets at Amsterdam airport.

According to the details, the protesters have blocked the private jet from leaving city’s Schiphol airport in a demonstration on the evening on the COP27 United Nations climate meeting held in Egypt.

Read Also: More Than 200 Kenyan Elephants Killed in 10 Months Due to Drought

Dewi Zloch of Greenpeace Netherlands, in a statement, said that the protesters who are demonstrating at airport want “fewer flights, more trains and a ban on unnecessary short-haul flights and private jets”.

It is pertinent to mention here that the military police have arrested a number of Greenpeace and Extinction Rebellion protesters for being on the ground of airport with authorisation.

On the other hand, more than 120 leaders from around the world had attended this year’s United Nations climate talks at the Red Sea coastal resort of Sharm el-Sheikh on Sunday.

Several issues related to the climate change up for discussion at the November 6-18 talks, including further cutting greenhouse gas emissions and boosting financial aid for poor countries struggling with the impacts of climate change.