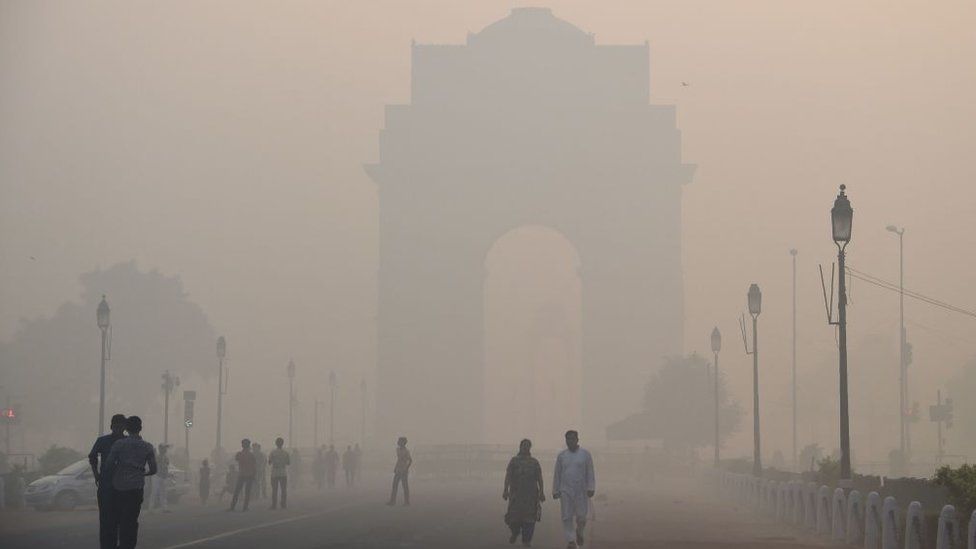 The shocking revelations surfaced that as many as 20 million residents of Indian capital Delhi were breathing the smoke. As per the details, the air quality index of the country capital city breached the “severe” and “hazardous” categories in nearly all monitory stations of the city.

During the alarming situation, the voices are being raised that the authorities should close the school immediately. According to the data gathered by the Central Pollution Control Board, the Air Quality Index of the country’s capital exceeded 450 at many places early in the day.

The federal government of India said that a reading over 400 effects healthy people, with the serious impacts on those with the existing diseases. This doesn’t stop here, because as per the details from the Central Pollution, the AQI was over 800 in some areas of the capital city of India, Delhi.

“What is happening with air pollution in Delhi is nothing short of a crime against humanity!” author and socialite Suhel Sethwrote on Twitter. “There’s a total collapse of accountability!”

Delhi is the most polluted capital in the world which is blanketed in smog every winter as cold, heavy air traps construction dust, vehicle emissions and smoke from the burning crop.

As per the details, lower temperatures, calmer winds and the changing directions of them deteriorating the quality of air in the Indian capital from time to time.

In order avoid the health issues, the parents and other environmentalists took the social media and urged the government of India to close the schools.

“I know children don’t vote for you, but still, requesting all the chief ministers of Delhi (capital region) to immediately SHUTDOWN all the schools,” environmental activist Vimlendu Jha wrote on Twitter. “It’s not NORMAL to breathe 500+ AQI, not for our children, where every third child already has some pulmonary challenge.”