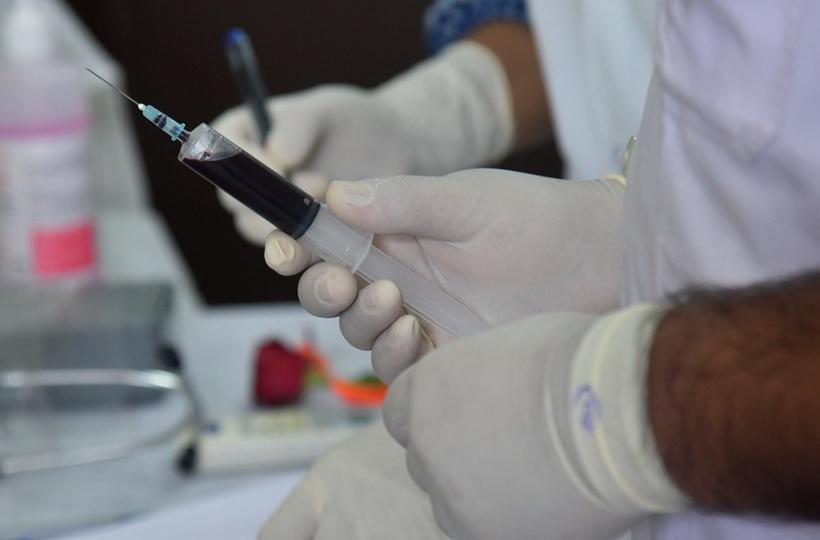 A bizarre event occurred in Surat, a city in Gujarat, India, where a man who injected his ex-wife with a syringe containing blood from a patient infected with HIV.

According to the details, the man did this after she refused to return to live with him.

The victim is currently being treated at the hospital and will be undergoing tests in the next few months.

In response to his former wife’s complaint that he had injected her with HIV-infected blood, the 35-year-old man named Shankar Kamble was allegedly arrested.

Kamble used to be a driver and married for more than 15 years, however, after suspicions about his wife’s character, he legally divorced her.

When later Kamble tried to win her back and get her to come back home, he got repeatedly rejected. However, Kamble devised a plan for revenge, persuading his ex-wife to meet with her one last time.

Once the couple had shopped and shared a meal, Kamble took his ex-wife to a secluded spot, asking her again to return to him. Kamble hugged her and injected her with HIV-infected blood from a syringe he had hidden in his pocket.

In the interrogation, the accused said that he received the syringe from a government hospital’s HIV ward and took the blood from an HIV-infected patient by pretending to be hospital staff to collect a sample for testing.

There has been a case filed under relevant sections of the IPC and further investigation is underway.