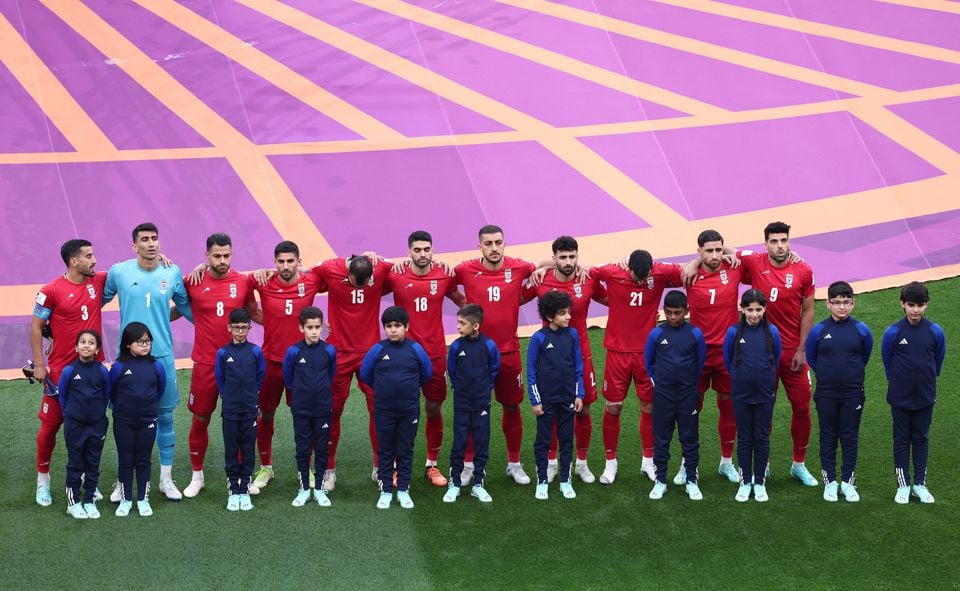 It has been reported that after many Iranian fans blamed the team for aiding the oppressive state, they declined to sing the national anthem before their first match against England on Monday.

Read Also: A 5.6-Magnitude Earthquake in Indonesia Killed More Than 40, Over 700 Injured

Dozens of Iranian public figures, athletes and artists have come out in solidarity with protesters–but not the country’s soccer team, until the players remained silent for the national anthem during the match on Monday.

There was no Iranian player who supported the demonstrations by fellow citizens before the match.

It’s sad that our people are being killed in Iran, but we’re proud of our team for not singing the national anthem – because it’s not our national anthem, it’s only for the regime, said an Iranian fan attending the World Cup who asked not to be named.

There was a time when the Iranian soccer team was a source of great national pride. Now, with mass protests, many would prefer it withdrew from the World Cup.

A photo of the players with hardline Iranian President Raisi before travelling to Doha, one of them bowing before him, went viral while the street unrest raged, drawing a social media outcry.

According to the HRANA news agency, there have been 410 protesters killed in this protest, of which 58 of those killed were minors.

Some 54 members of the security forces have been killed and 17,251 people have been arrested, HRANA has said. No number for any wider death count has been given by authorities.

Some Iranian fans who went to Qatar for the World Cup made no secret of their solidarity with the unrest.