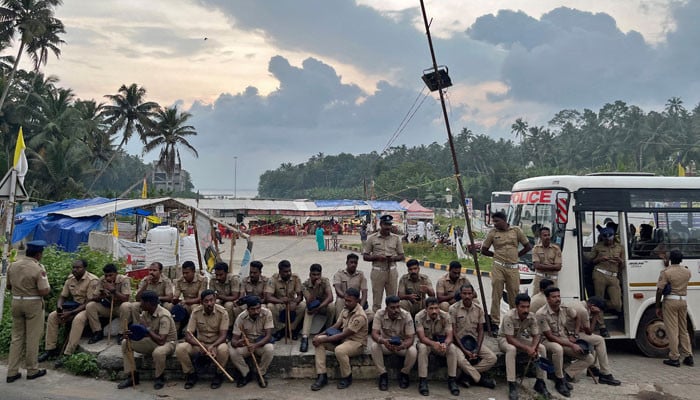 More than 36 police officers were injured in clashes with protestors in India’s southern state of Kerala that had demanded the release of an individual arrested during a demonstration against a $900 million port project of Adani Group, officers said.

The escalating acrimony is a major problem for Adani’s port and logistics business worth $23 billion. The location of the port in India s southern tip is seen as critical in attaining deals from Dubai, Singapore and Sri Lanka.

Work on the development of a marina in Vizhinjam was terminated for more than three months after local fishermen held a protest and blockaded its entry, accusing the undertaking of endangering the environment and depriving them of their livelihoods.

A blockade to place construction vehicles from the port’s entry over the weekend was enforced in spite of the court-ordered resumption of work, resulting in many of the protesters’ arrests.

As a result, more individuals squeezed into a local police station over Friday night requesting the release of one of the arrested, which led to clashes with police and a damaged number of vehicles, news movie accounts and a police document.

“They came with lethal weapons and barged into the station and held the police hostage, threatening that if people in custody were not released they would set the station on fire,” the police said in the case document on the incident.

Some of the protesters were Christians led and officiated by priests

Those who were protesting were the highest-ranking priests in the area, Eugine H. Pereira, the vicar general of the archdiocese, told police.

“Stones were pelted from even the station,” said Pereira said, who called for a judicial inquiry into the incident.