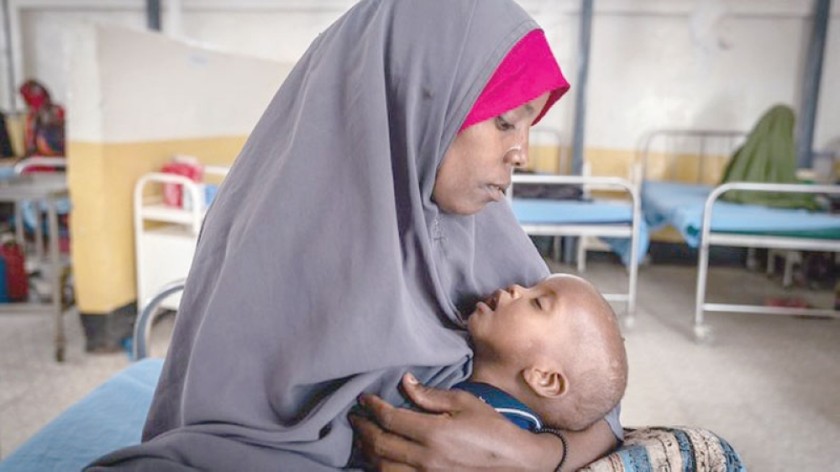 Somalia is facing a dire food crisis, and its children are paying the ultimate price. Hundreds of children are already dead, and thousands more are at risk of dying from starvation and malnutrition. This tragedy is unfolding in one of the world’s most fragile states, and the international community must act urgently to provide life-saving aid.

An alliance of U.N. agencies and aid groups found that more than 200,000 Somalis are suffering catastrophic food shortages, and many are dying of hunger and that number set to rise to over 700,000 next year.

As the Integrated Food Security Phase Classification (IPC) sets the global standard for determining the severity of food crises, its most acute level, “IPC Phase 5 Famine”, has been temporarily avoided, but things are worsening.

The fact that people are dying from hunger is beyond doubt. Still, I cannot put a number on it,” Jens Larke, Spokesperson of the UN Humanitarian Office, told a news conference in Geneva after the latest IPC analysis of Somalia was released.

Two years of drought has caused food shortages in several nations, causing the price of imported foods to skyrocket as a result of the war in Ukraine.

As a result of conflict and drought in Somalia, an Islamist insurgency has hampered humanitarian aid and driven 3 million people from their homes.

Earlier this year, the IPC had warned that parts of Somalia were at risk of reaching famine levels, but humanitarian organisations and local communities prevented that from happening.