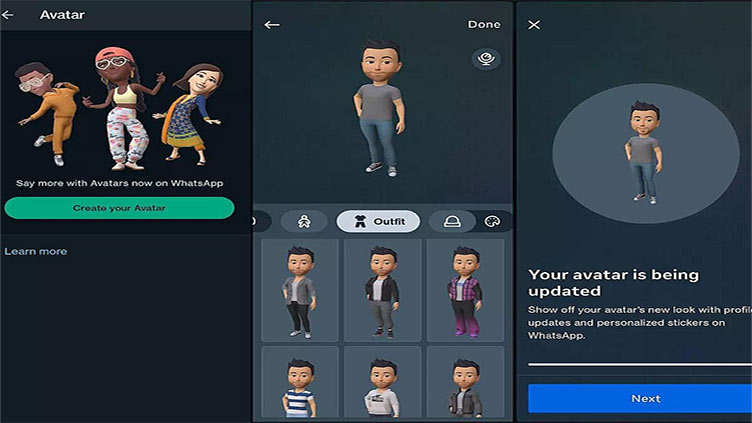 WhatsApp has started rolling out 3D avatars as profile images and stickers worldwide just months after launching on Instagram, Facebook, and Messenger.

Facebook CEO Mark Zuckerberg announced in a post on Facebook that an avatar will soon come to the chat service WhatsApp after an extensive beta test.

Whatsapp’s blog states that it allows you to use a selection of 36 stickers for your avatar to better suit your mood or change your appearance, resembling the Apple Memoji or Snapchats Bitmojis.

According to a company spokesperson, an avatar is a digital version of you, able to be generated with an array of unique traits that can be found in real life, such as unique haircuts, features, and clothes.

Additionally, the statement clarified that over time, WhatsApp users will receive features such as styles for lightning, shading, and texture for hair.

As soon as the new feature is available, users will be able to make a WhatsApp avatar by going to Settings, or use a custom-designed lookalike as a profile photo by turning on a new Use Avatar option in the profile photo setting.

Facebook and Messenger introduced bitmoji-inspired 3D avatars in 2019. Australia, New Zealand, Europe, and Canada were the only markets initially included, but the company expanded the offering to the United States in 2020. The introduction of Instagram avatars took place in late January.